FOXBOROUGH, Mass. — The New England Patriots are in the fifth week of their voluntary offseason program, and for the first time this decade, quarterback Tom Brady hasn’t been a participant.

It is part of the “less is more” philosophy Brady detailed two weeks ago at the Milken Institute Global Conference, saying family considerations are part of his decision while explaining, “I’m really trying to fill my tank up so that when I do go back, I’ll actually be, in my mind, a better teammate because I’ll be really rejuvenated.”

To Brady’s former teammate Matt Chatham (2000-2005), who now works as an analyst for the New England Sports Network, the approach makes sense even if he might have questioned it as a younger player.

“It’s not even a question of preparing your body, but psychologically, Tom is in uncharted waters,” Chatham said. “The hardest part for older players — and my last season I was 31 — is the routine. It gets really f—ing old. It doesn’t mean you don’t love to train, and don’t love to push yourself, and don’t want to stay on top, but I think it comes to a point, ‘Would the team be one day or one week sharper, or whatever, if Tom was there for every day of voluntary [work]?’ Yeah, probably. But what’s the return on that investment? You maybe get a more tired guy in November and December. Do you get a guy that starts to wear down? You don’t want that to happen.

“Tom lives in a different universe than everybody else because he’s done something different than any player has [at age 40].” 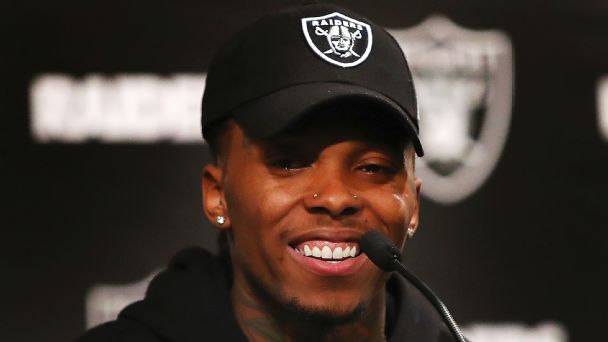 Former Patriots quarterback and sports-radio host Scott Zolak, who has been the color analyst on Patriots radio broadcasts since 2012, acknowledges that point. He’s one of Brady’s biggest boosters.

At the same time, Zolak pointed out, “Everyone keeps stressing ‘this is voluntary, this is voluntary,’ so this is excused. I’m a guy that fought it forever, and if I’m not around, I’m not seen and I’m not heard. Bill Parcells used to say that. But they like gym rats. I’ve never heard the offseason program, with this organization, be talked about as ‘voluntary’ as much as I have these last two months or so. I know it says voluntary, but there has always been an expectation that you do whatever you can to be there.”

And therein lies a significant part of what makes Brady’s absence notable to some people who have been closely connected to the Patriots’ program in Bill Belichick’s 19 years as head coach.

Whereas some teams have sporadic attendance for their voluntary program, the Patriots traditionally have had closer to full attendance on an annual basis. Brady’s presence at voluntary workouts, when he would often win a preferred front-row parking spot for exemplary performance, has had a tone-setting impact on his teammates.

“The workout part of it isn’t a big deal, because you know Tom is working out hard … but if he doesn’t show up for the OTA/minicamp part of it, that’s probably more of an issue because then guys aren’t taking reps [with him].”

To highlight that point, consider remarks made by owner Robert Kraft in 2010, when Brady was absent for the first week of the voluntary program before showing up.

“If you’re asking me if I’d prefer he be here the whole offseason, yes,” Kraft said at the time. “To me, he’s the most unique, special leader and player in the NFL. They are voluntary. He has a family. Look at your lives, you’ve all changed; so it’s priorities. There’s no doubt in my mind he’s working out hard.

“Would we be better as a team if he was in Foxborough every day between now and the start of training camp? Absolutely. Does it work for him? I don’t know. I think he’s balancing a lot of things. I hope he spends as much time as he can in Foxborough and I believe he will.”

This past Friday, offensive coordinator Josh McDaniels echoed some of those thoughts.

“Obviously, this is a voluntary part of our year. We don’t have any control over that part of it. As coaches, selfishly, we always want them all here, because that’s when we have the most fun and you enjoy working with them all,” McDaniels said. “But I totally understand those things happen, it’s happened here before, [and] I have no doubt that he’s doing what he thinks is right for him and his family, and I completely respect that. I know he’ll be ready to go, and I know he’ll be in good shape and good condition, and I’m sure he’s working really hard.”

That’s precisely why Chatham and former Patriots linebacker Rob Ninkovich (2009-2016) don’t view Brady’s decision to stay away as a big deal. Brady’s children are now 10, 8 and 5.

“Would you really, in your heart of hearts — after knowing this guy for 18 years — think there would be any concern with the level he would show up were he not under your care? That really has to be the fundamental question you ask if you care if someone comes to voluntary [workouts] or not,” Chatham said. “With Tom, I think you’re so far past that, you might be doing more harm having him there than not. It can just be mental fatigue over the course of the year.”

“I think the Tom thing is a little overblown,” added Ninkovich, who has maintained a residence in Massachusetts, and thus is aware of how it has become a hot topic of conversation on sports talk radio. “The workout part of it isn’t a big deal, because you know Tom is working out hard, and his specific workout [with trainer Alex Guerrero] that is going to help him play at a high level as a 41-year-old quarterback.

“So I don’t look into it at all, but if he doesn’t show up for the OTA/minicamp part of it, that’s probably more of an issue because then guys aren’t taking reps [with him]. You’d have Brian Hoyer taking all the first-team reps [at quarterback] and that’s not an ideal situation that you’d want going into training camp.”

The OTA/minicamp part of the voluntary offseason program, which lasts one month, begins next week. The mandatory minicamp as part of Phase 3 is June 5-7.

Up to this point, the Patriots have had two weeks of Phase 1 (limited to strength and conditioning work) and are currently in the third week of Phase 2 (only individual drills allowed, with all coaches on the field).

Of the upcoming third phase, Zolak said, “The way the league is now, with limited practice time, the OTAs and throwing activities are extremely important. Especially to them.”

So if Brady doesn’t show up at that point, it would cause Zolak to wonder if there is something more behind Brady’s offseason approach. Zolak remembers how Brady came back from a four-game NFL suspension in 2016 with a vengeance, and perhaps there is a similar storm brewing within him after his trainer, Guerrero, had his access restricted at Gillette Stadium by Belichick last year.

“He was devastated and so hurt by that suspension [in 2016], which he viewed as a knock on his character and the way he played the game, and totally unjustified. He came out like gangbusters, so it could be that mentality from him this offseason — that I’m so upset with something but I’m going to totally internalize it and channel it to make me the best when I’m back out there,” Zolak said, theorizing.

Regardless, Zolak emphasized that by the time the Patriots arrive for training camp in late July, he expects everyone to be operating off the same script. That includes tight end Rob Gronkowski, who also has stayed away from the voluntary offseason program this year.

Chatham is also aligned with that viewpoint as it relates to Brady not being present at voluntary workouts.

“There are a lot of younger players, and there were probably moments when I thought it, where it’s, ‘Come on, I have to go through this, you have to go through it too.’ But the older you get, the more experience you have, you realize that is kind of a silly attitude to have,” he said. “You grow out of that really fast. And I’m talking about Tom, who is two times past that point. He’s so far beyond the scale that if there is a person who is offended by it, I would love to hear their perspective and the validity of their argument.”